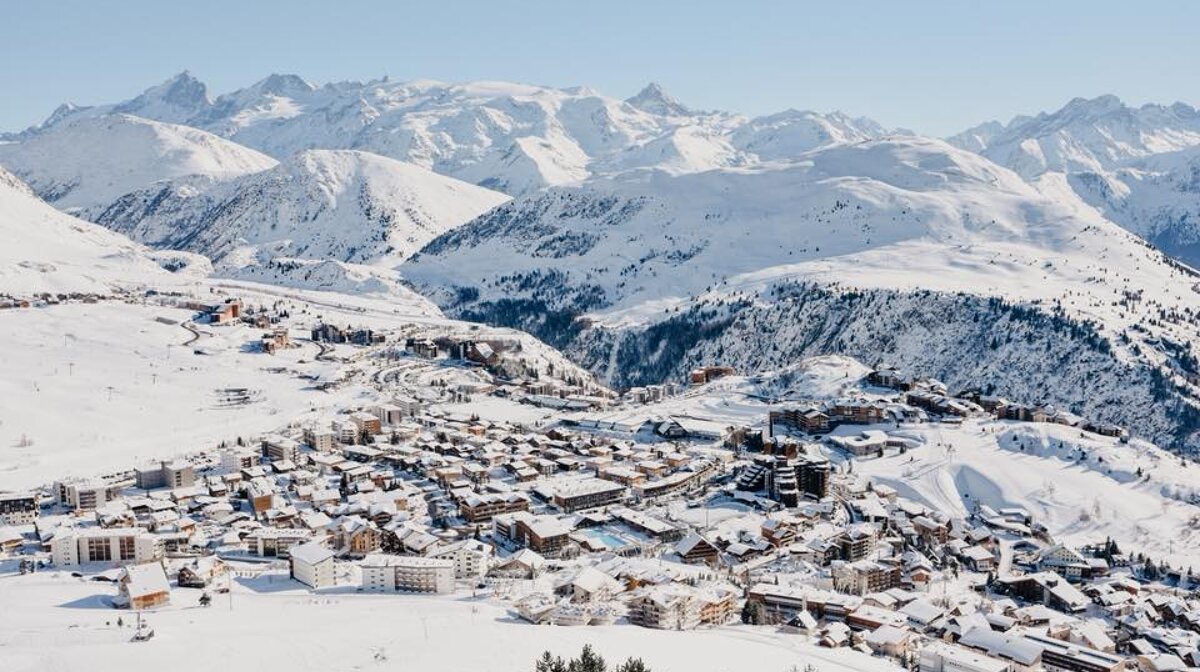 The early bird really does get the worm in December and with virtually deserted slopes and non-existent lift queues, it is a great time to get in a sneaky pre-Christmas trip with the bulk of tour operators not beginning their operations until the weekend before Christmas itself.

We can expect sports competitions, opening parties, and there will obviously be lots of festive celebrations including a visit from a certain Papa Noël.

As you are no doubt aware, most things in December revolve around the last two weeks of the month, schools break up and travellers from near and far arrive in resort. There are a plethora of events coming up, from parades to special Christmas menus and New Year's blowouts.

Read on for a look at what we like to do in resort throughout December.

What are the weather & snow conditions like in Alpe d'Huez in December?

Meteorologically, December is historically a cold and snowy month. Averaging around 12 days of snow fall, the temperatures rarely get above freezing, with a high of 1°C and lows of around -6°C to keep the snowfall fresh. Make sure thermals are on your Christmas list. 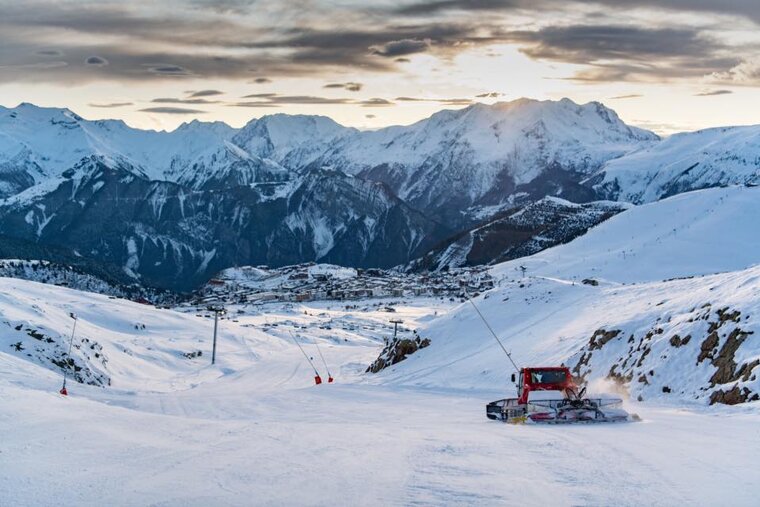 What's on in Alpe d'Huez in December?

Mogul Ski World Cup
There will be mogul mayhem on the signal piste, mid-December sees the knee busting action of the Moguls World Cup. The worlds top freestylers will be there, so it will be a spectacular show with mens and womens races going on all weekend.

Christmas in Alpe d'Huez
With so many families visiting the resort for the festive season, there is a real child-like excitement as the big day draws ever closer, and usually there's an opportunity to spot the main man himself meeting and greeting people around the town.

To prepare you for your French Christmas, here are a few festive facts that make the French Santa Claus a little different:

Opening parties
Whilst many bars open their doors for the season in mid to late November, it’s December when you see a whole host of season-opening parties across Alpe d'Huez, which are always great fun. So, until around mid-December, bars like Smithy's Tavern, O’Sharkeys, FreeRide Pub and Le Old Bar will be getting the season well and truly going here. Of course, La Folie Douce will be the place to be for après-ski on the slopes, with live performers, dancing on tables and champagne showers.

The Alpe d'Huez ski marathon is on New Years Eve, so as well as catching the festivities and fireworks for the New Year, you can either watch and cheer on or participate in this challenging race of either 10 or 30km. 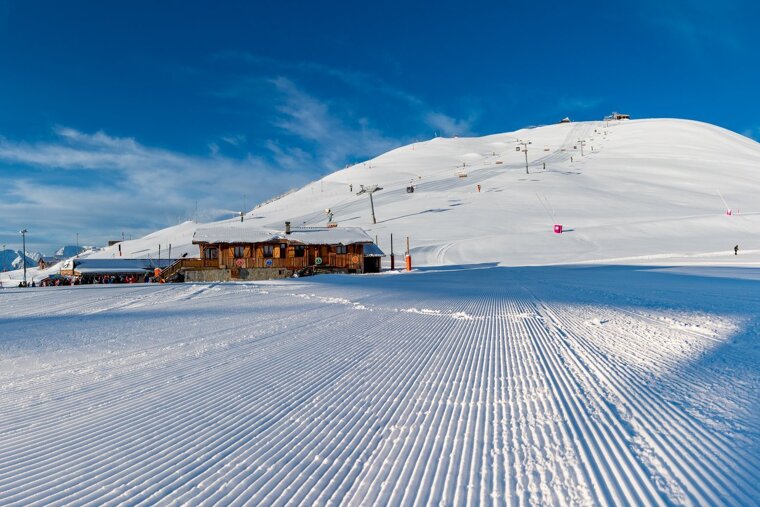 Christmas and New Year is a popular time for families so the slopes are noticeably busier as soon as the holidays begin. Here are our insider's top tips for the school holidays: 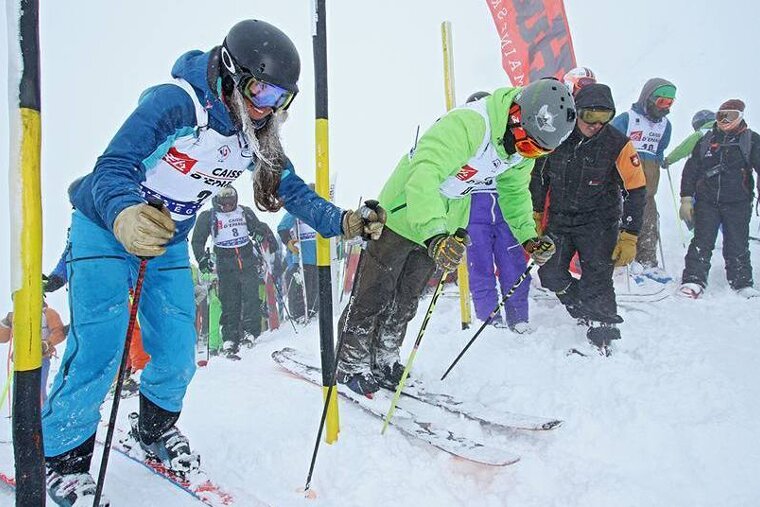 Family fun
Christmas is synonymous with school holidays. As hundreds of children and their families descend on the pistes, the resort puts on a show for them. There will be lots of events and activities to keep the little ones entertained on and off the mountain, so be sure to check out our things to do for some family fun.

Things To Do in Alpe d'Huez 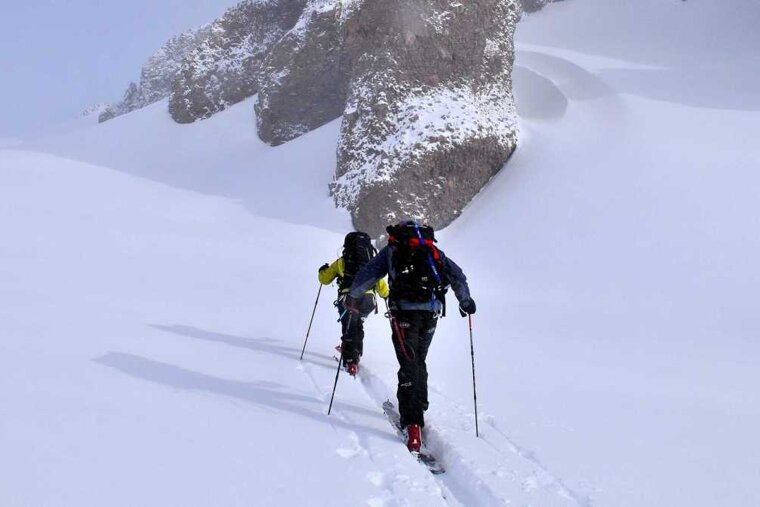 Après-ski
If, like a lot of people, you like to follow several hours of exercise with several hours of drinking, especially during the festive season, you can hit up any of a number of local après-ski sessions.

New Year's Eve
Always a big night in Alpe d'Huez, the town is full of revellers, the restaurants will be busy, so it would be best to make a reservation to ensure you can get a table, and many of the bars and clubs are ticket-only, so if there's somewhere you plan to see the New Year in, make sure you've planned ahead. 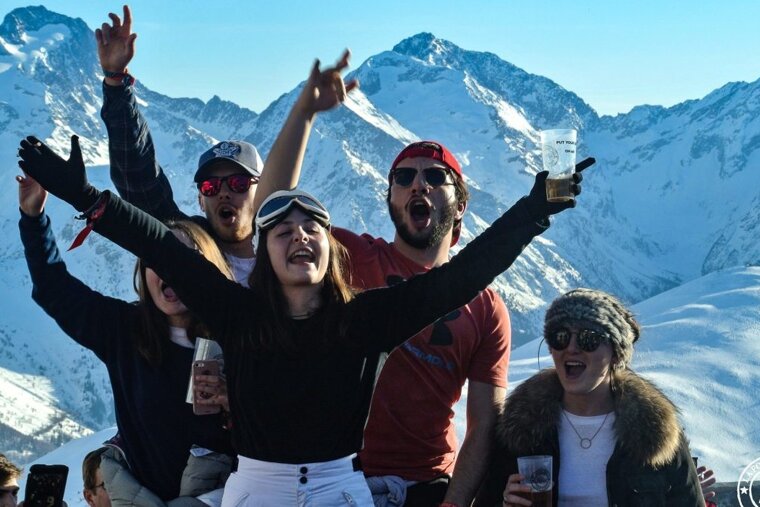 With the lifts opening and the festive season in full swing, December is a great time of year to come to Alpe d'Huez. Book your ski holiday now and enjoy carving the first turns of the winter.