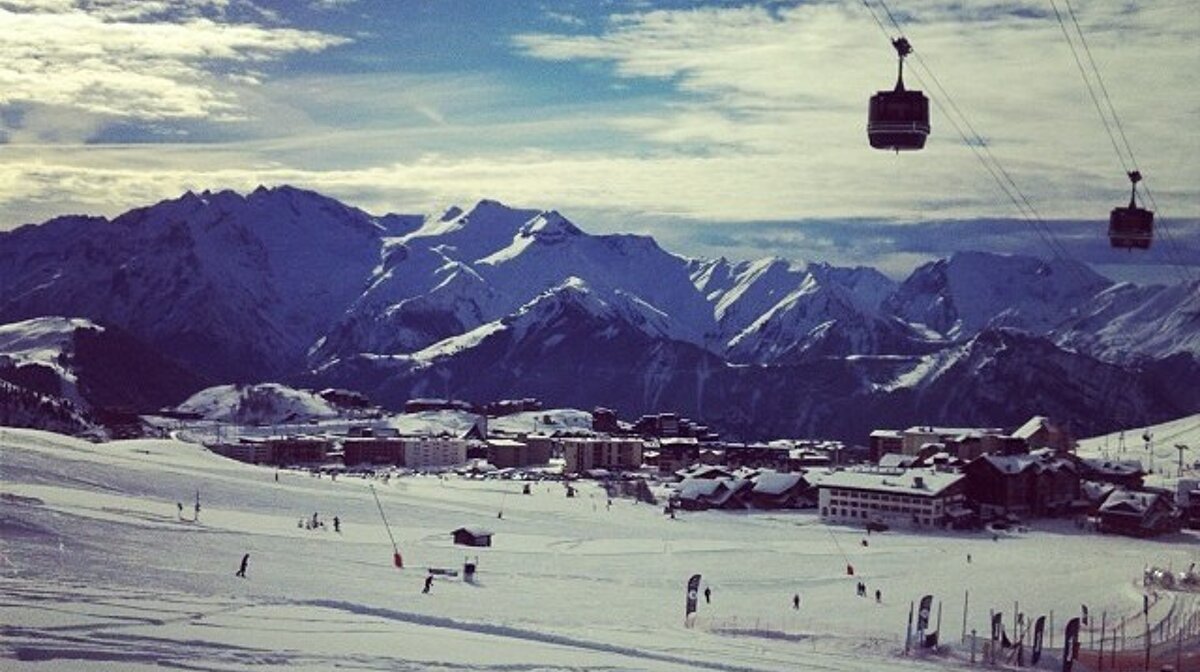 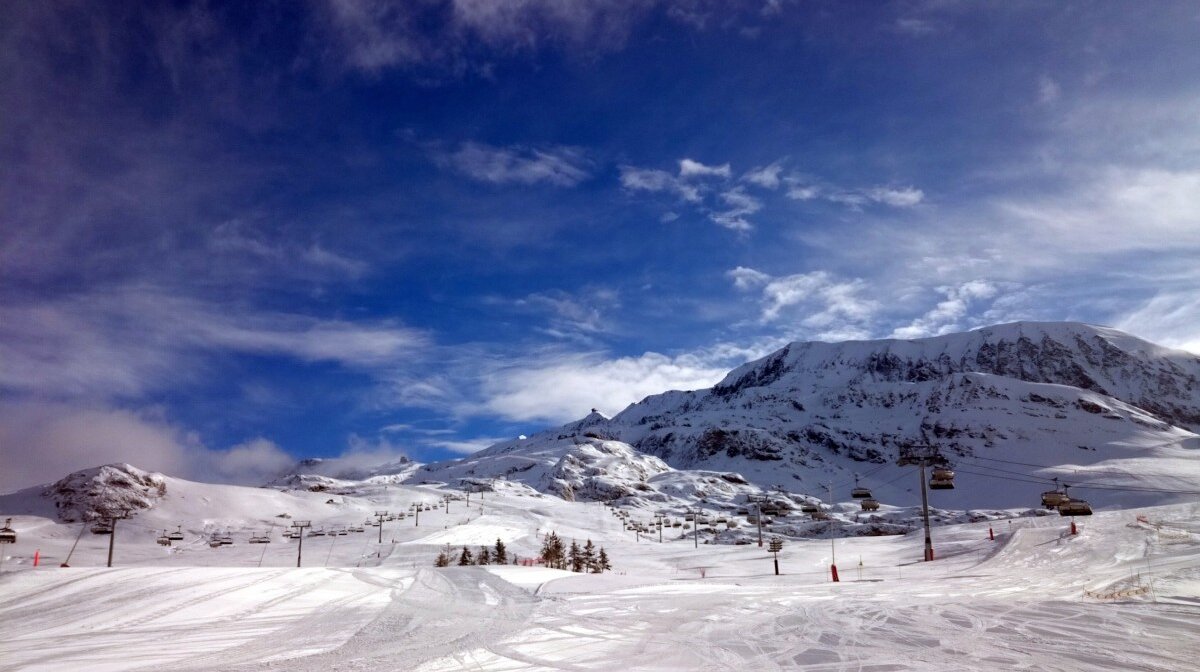 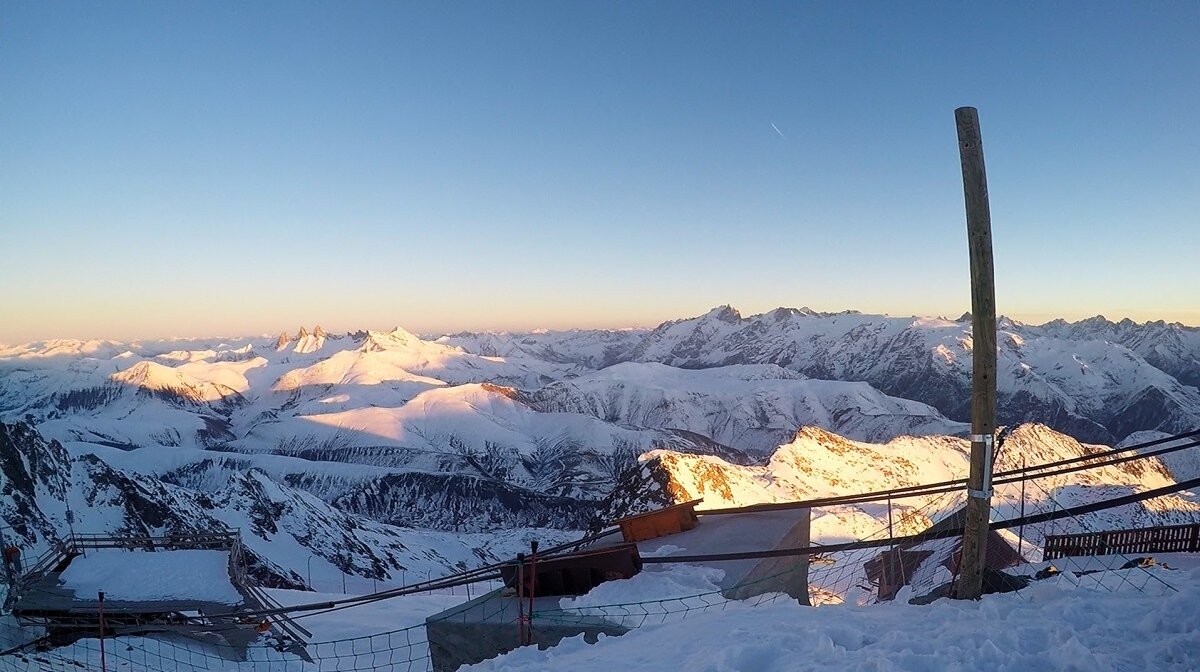 View from the top of Pic Blanc

Discover the Alpe d'Huez of yesterday

Founded in 1936 Alpe d’Huez is one of the oldest French ski resorts and was built, as are so many Alpine resorts, on the mountain pastures that were once home to grazing cattle. However, the history of the area goes much further back.

Thousands of years ago Romans mined here for silver, copper, zinc and coal on the mineral rich slopes and gorges. Silver mines attracted a number of different nationalities between the 11th and 14th centuries, when a mini ‘ice age’ halted production. Years later local legend would have it that the ruins of the silver mines where guarded by some rather territorial fairies who would chop the heads off anyone who tried to explore or excavate the ruins. Silver mining was followed by coal mining, which brought electricity, roads and the first cable car to Alpe d’Huez. Artifacts from Alpe d'Huez's mining past can be seen at the Brandes archaelogical site, guided tours of which are organised by the Museum of Huez & Oisans.

The increasingly cold climate of centuries gone by meant that, despite local efforts to quell lumber jacking, trees were diminishing in Alpe d’Huez: trees, as the locals well knew, where vital protection against avalanches. Over the years many avalanches claimed lives, including the demolition of 20 houses and their occupants in 1949 and the destruction of the miners’ dormitory in 1950 that killed 12 men. The mines were closed shortly after.

A local school teacher, Marie Muller, was one of the first people to pioneer skiing on the Grandes Rousses in 1911. Some years later the French Touring Club saw the potential and built the first refuge in an alpine chalet. It opened in time for Christmas 1928 and welcomed 5 Parisian guests who had arrived via train and mule. The refuge was later bought in 1935 by Maurice Rajon, an entrepreneuring local who joined forces with Joseph Paganon and introduced a scheme of development and expansion that included the famous 21 bends in the road leading up to the resort. The road was first featured in the Tour de France itinerary in 1952 and has been a pilgrimage for many a cycling enthusiast in the years since.

Although earlier alpinists and businessmen had made certain developments in Alpe d’Huez it was not until 1936 that the first ski school was founded and the first drag lift installed. Not only the first drag lift in Alpe d’Huez, it was the first ‘Poma’ of any ski resort. Invented by Polish immigrant Jean Pomagalski the lift ran along the slopes of the Eclose and was a success with 40 Pomas being sold to other French ski resorts by 1940. However, controversy was stirred by another local inventor, Armand Moura, who claimed that he had already designed a lift that operated along the same lines. He built his lift at the Lac Blanc, but then let his patent lapse. However, much later in 1970 SATA bought the patent and built many more according to Moura’s original design.

The Oisans region was a centre of resistance fighting during the Second World War. Most development and building work in Alpe d’Huez ground to a halt due to lack of resources; many of its locals harboured American pilots, fleeing Jewish people and anyone escaping forced labour in Germany. The Romanche Valley saw much bloodshed during the war: in 1944 alone 6 resistance fighters were executed on the col du Lautaret, the entire male population of the village of Villar d’Arêne was taken prisoner and further hostages, refugees and resistance members were executed in nearby Bourg d’Oisans. During this turbulent period the men of Alpe d’Huez were rounded up by the Nazis outside the Grand Hotel. The German commander had apparently been given the order to line up all male residents in front of a firing squad and execute them. It would seem, however, that his love of mountain sports overcame his allegiance to the Fuhrer as the men were spared and in 1951 the commander returned to Alpe d’Huez to compete in the World Bobsleigh Championships!

Post war Alpe d’Huez became a fashionable holiday spot, popular with wealthy city dwellers who wanted an escape to the clean air and bright sunshine. Between 1945 and 1963 33 new hotels were built to cater to the booming tourist trade.

The resort attracted further attention and gained popularity in 1968 when it hosted the bobsleigh race in the Grenoble Winter Olympics. With the increased revenue and all the publicity that came with it Alpe d’Huez was able to make further improvements to its lift system, thus expanding the ski area and attracting yet more visitors.

The 236km of piste and 84 ski lifts that the resort now boasts make Alpe d’Huez one of the world’s largest ski areas.