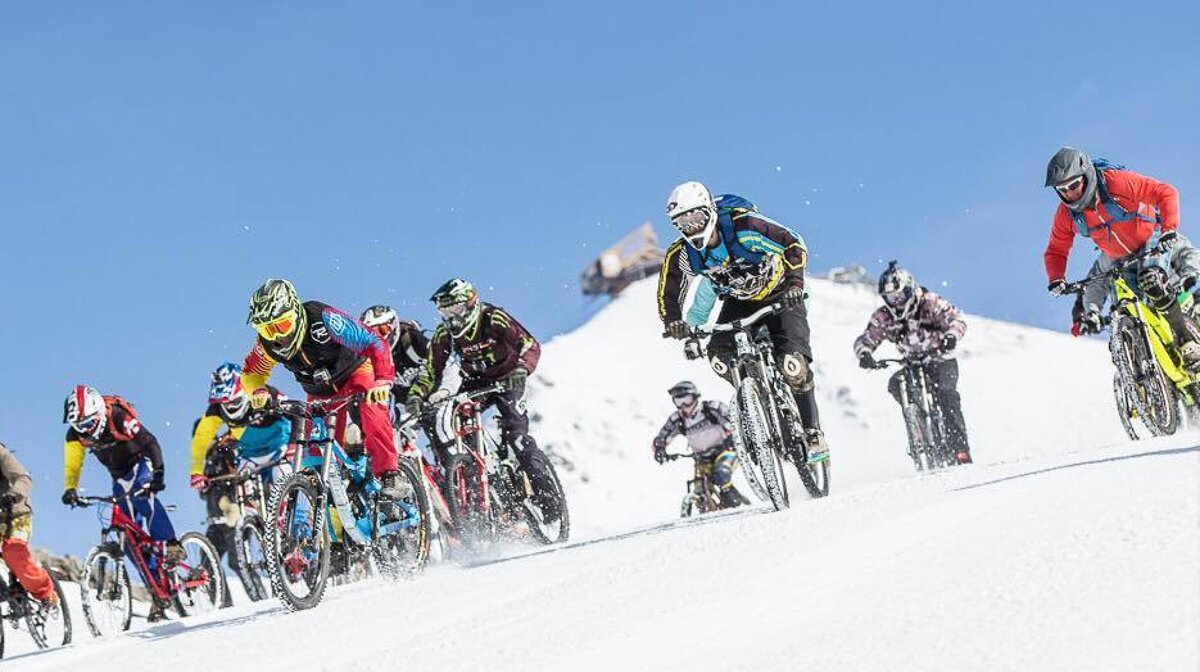 As another memorable season starts to draw to a close, the days get longer and warmer and there is no better place to be than in Alpe d’Huez.

The Easter holidays bring families back to the resort for a short end of season break in the mountains. The warmer spring days also bring a party-vibe to the town and the sun / snow conditions obviously warrant a longer lunch break on a sunny terrace.

To make the most of the sunny days read on for what we like to do in resort throughout April.

What are the weather & snow conditions like in Alpe d'Huez in April?

As the winter draws to a close for another year, the temperatures rarely dip below freezing, usually falling between a low of -1°C overnight and a high of 6°C, plus there's still the chance of snow and therefore a last minute powder day isn't unheard of. 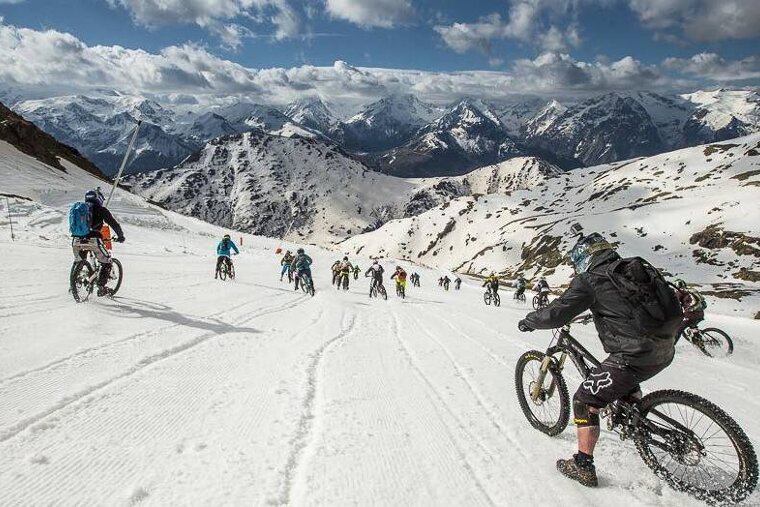 What's on in Alpe d'Huez in April?

Sarenne Snowbike
The popularity of fat bikes is fast on the increase and there is no better way to test your downhill mountain biking skills than entering the legendary Sarenne Snowbike MTB race. Not just any old MTB race, this one takes you down the slopes of the legendary Sarenne black run from the top of the Pic Blanc at 3,300m all the way down to the old mountain village of Huez. This 16km test of skill and nerve is a spectacle either as a competitor or as a spectator and sees the riders drop a total of over 2,000m. Previous editions have seen the riders start on snow and finish on lush green mountain glades. There are plenty of shops in resort that hire MTB, cross-country and fat bikes so there is no excuse not to enter, simply choose your steed!

French BBQ Championships - Date to be confirmed
Yes, believe it or not, this is a real championship! With wall to wall sunshine almost guaranteed by mid-April, BBQ week has been a long-standing event on the end of season calendar in resort. This isn’t your average BBQ, this is the French National BBQ Championships and it’s truly mouthwatering. Masterclasses and demonstrations take place across Alpe d'Huez and virtually every bar in town enters into the spirit, filling the whole resort with the wonderful aromas of top-notch BBQs. What better way to spend a few hours in the glorious spring sunshine.

Mudialito Futsal
Hosted at the Palais des Sports et des Congrès (the leisure centre), this top-quality five-a-side football tournament regularly features legends from the French Ligue One giants of Lyon, Marseille and St Etienne to name a few. Played in a world-cup format and featuring many ex-pros, the quality is always top-end – don’t let some of the players veteran status put you off, the games can often be quite spicy. The tournament culminates in the World Cup Final on the final evening, entrance is free and it’s a great event to catch when you are in resort. Futsal is slightly different from normal five-a-side football in that the ball is a size smaller, a size four, and it’s 30% less bouncy. The pitch has boundary lines like traditional football, taking out the reliance on the walls and giving the game a real skill-based edge. 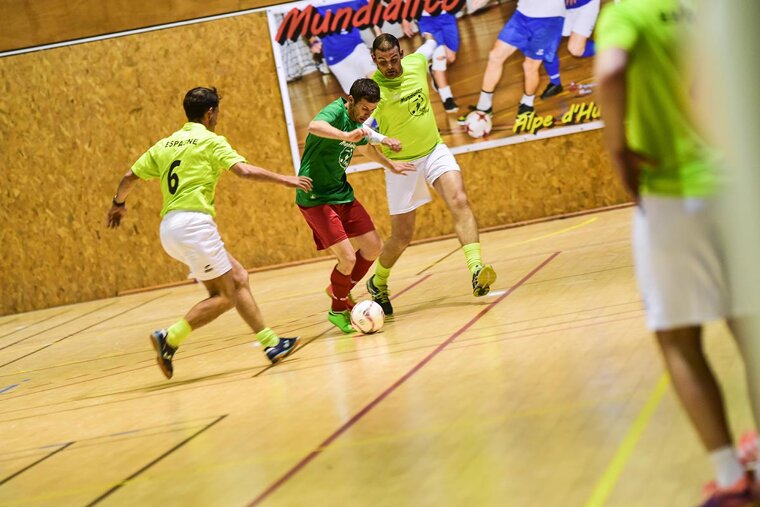 April and the Easter break is a popular time for families. Here are our insider's top tips for the school holidays: 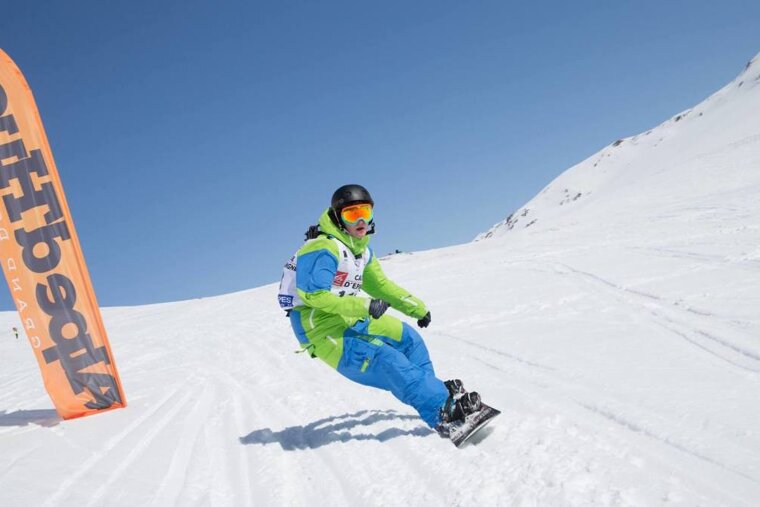 Closing parties
Part of every season's end is the closing parties that accompany it. Basically, the principle is to drink the bar dry and give this incredible season a fitting send-off. Up on the hill, the closing party at La Folie Douce is never to be missed, whilst in resort ever-popular haunts such as Smithy's Tavern, The Underground Bar, Freeride Pub and O’Sharkeys will host great parties from mid-April onwards. 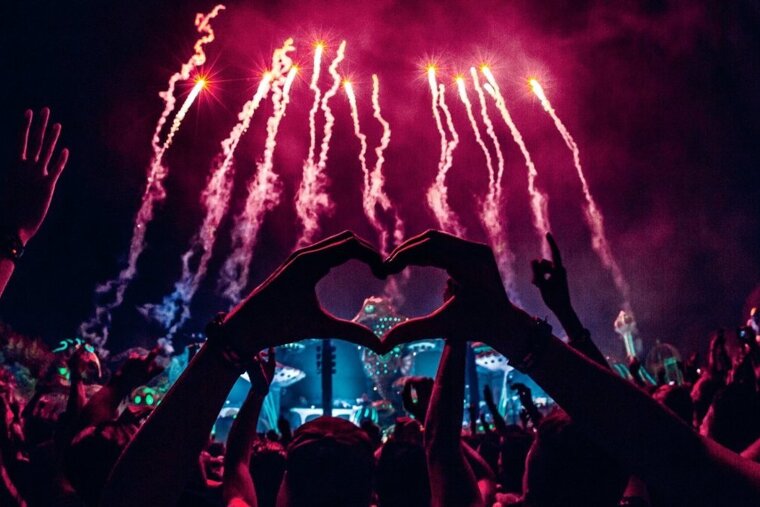 The usual array of events around resort carries on right up to the closing of the lifts at the end of the month. These include guided tours to the Pic Blanc, curling sessions at the ice rink, classical music concerts at the church and guided tours of the museum, providing some great entertainment away from the slopes.