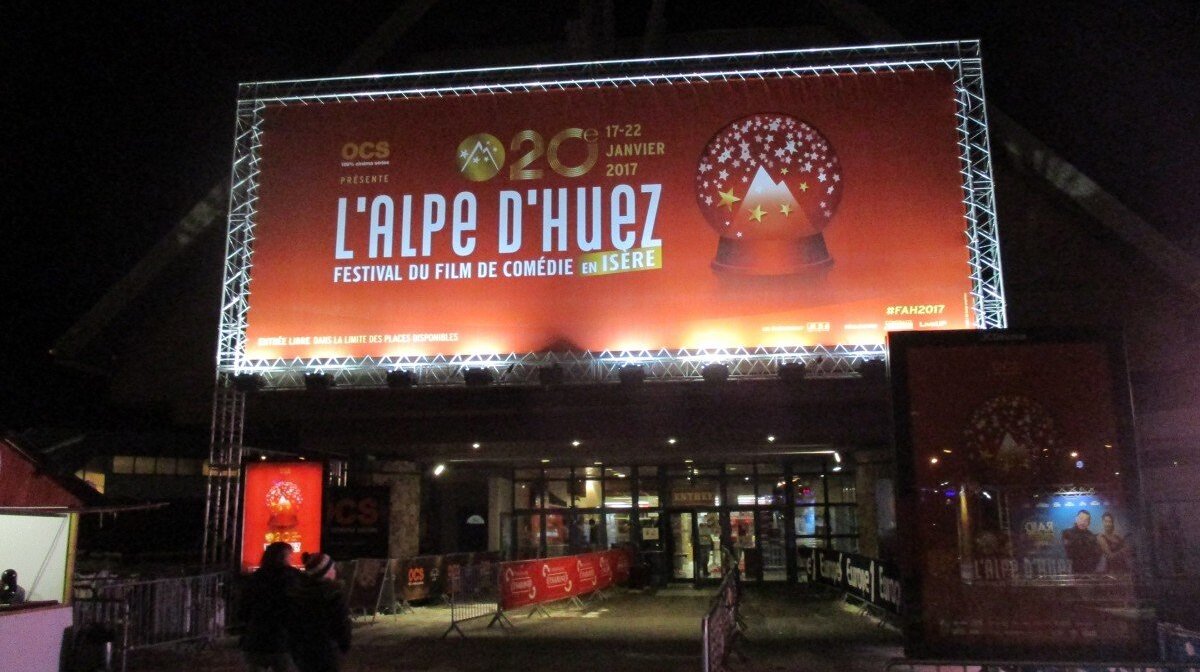 The Alpe d’Huez International Comedy Film Festival brings some glitz and glamour to resort each year and last week was its 20th edition.

With a fleet of blacked out window limos ferrying the superstars of French cinema around resort it was easy to mistake Alpe d’Huez for Cannes or Hollywood last week.

It was all thanks to the 20th Annual Alpe d’Huez International Comedy Film Festival which took place between the 17th and 22nd of January, it’s the only film festival dedicated solely to the comedy genre.

The festival was based at the cinema at the leisure centre and conference centre adjoining it and there were also showings at the smaller cinema Signal in the old town. Huge crowds were in attendance at each of the free viewings, with big queues every evening.

TV crews were dotted all around town with outside broadcasts taking place from up at the DMC base and mid-stations, whilst French national radio broadcast live from the foyer of the leisure centre.

The draw of this event was not to be under-estimated and resort was clearly busy with non-skiers who were clearly only here for one reason – the films.

The festival saw over 40 showings across the 5 days with a grand finale and awards ceremony on Sunday evening.

After the glitzy opening ceremony festivities got underway with French Movie Raid Dingue directed by and featuring French superstar Dany Boon. The festival was closed by animated movie Tous en Scene which is directed by Garth Jennings. Both the opening and closing films were shown simultaneously at the leisure centre and Signal cinema.

A total of 22 different films were selected for this year’s festival.

Wednesday evening saw a fantastic firework display after the movies up at the Signal slope at the top end of town.  A small, but very hardy, crowd who braved the freezing temperatures were in attendance for the late night display, which didn’t start until the fleet of limos whisked up to the Signal lift which promptly took all the dignitaries and stars up to the Signal restaurant where they were treated to a VIP view of the fireworks’ from up high.

Taking place every January since 2007 it’s well worth checking out if you are in resort next year.