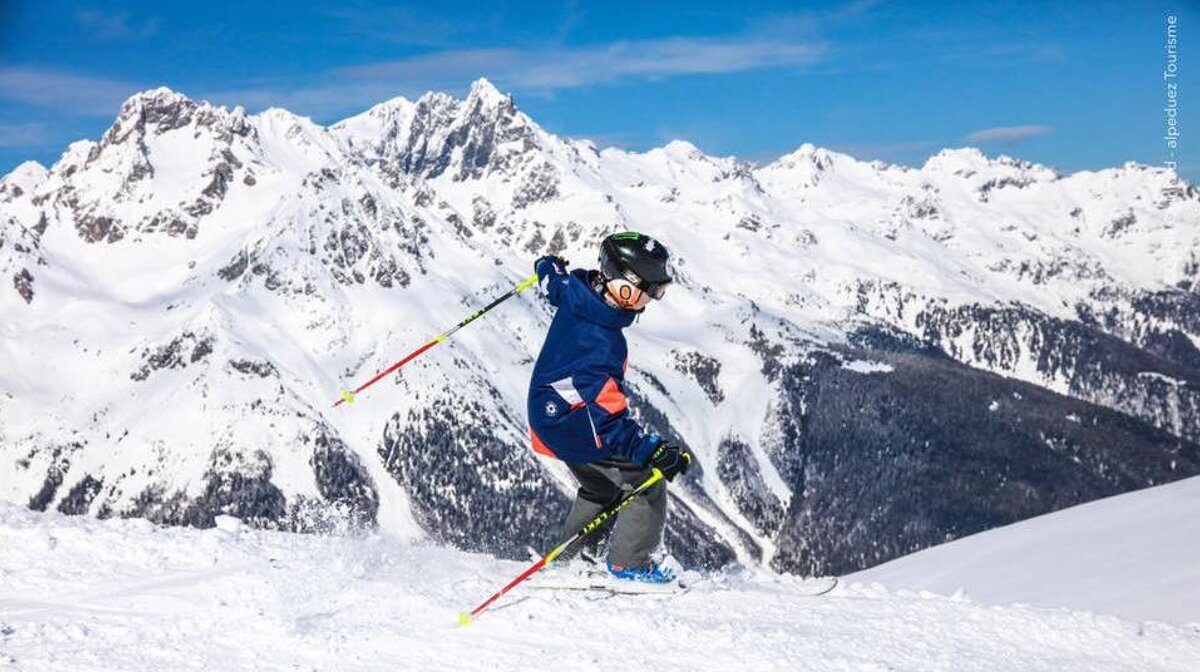 Alpe d'Huez's ski area offers something for every level of skier and snowboarder, from gentle beginner pistes to more challenging descents like the Sarenne. With a reputation for being one of the sunniest ski resorts in the Alps, it's definitely somewhere you can make the most of with the right lift pass.

And as we all know, when it comes to planning a ski trip, buying a lift pass is one of the bigger investments. So, before you take the plunge, take a look at our guide full of tips and tricks of what to buy, when to buy it and what to do with it once you've got it.

Here's a quick run down of our best insights:

Whilst it's possible to buy your lift passes when you get to resort, instead of spending your first morning standing in a long lift pass queue in the cold, buying in advance means you're straight up the mountain on day one. Buying online couldn't be easier, and the pass card itself can be reloaded / recharged if you visit resort again.

Top Tip: Rather than opt for them to be mailed to your home address, simply pick them up in resort - it's just one less thing to remember to pack. 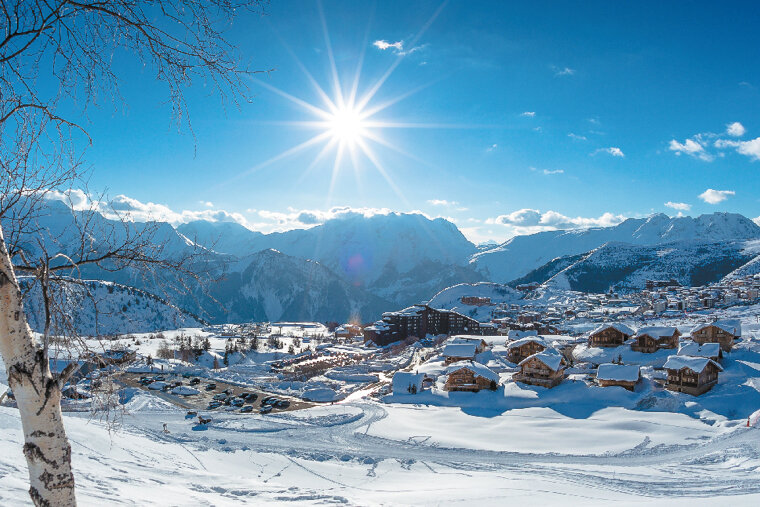 As with many things these days, the deals tend to be online, and that's no different when it comes to lift passes, especially if you buy well in advance taking advantage of any 'early bird' specials.

Web-only deals
Web exclusive deals offer fantastic value for families and groups on the six-days plus passes especially, these are only available if you buy online (even though you can opt to pick them up in resort). There is the option to post the passes to you, or to top up existing passes (card reference numbers required). The Family Package (two adults + at least two children) essentially means everyone skis at the children's rate, and if you're coming in a group of friends take a look at the web exclusive 'Tribe' package for savings galore.

Ski early or late season
They say the early bird catches the worm (don't they?). If you can sneak in a trip to the mountains pre-Christmas there are great ticket reductions on offer, with similar discounts offered on passes at the end of season. Just think of all those empty pistes and keep your fingers crossed for snow. In spring there are some great online deals, such as one child pass free with every adult and reduced rates on leisure passes.

Top Tip: Just bear in mind, most passes are non-refundable and non-transferable, bar any Covid travel-restriction exceptions that may still in place. 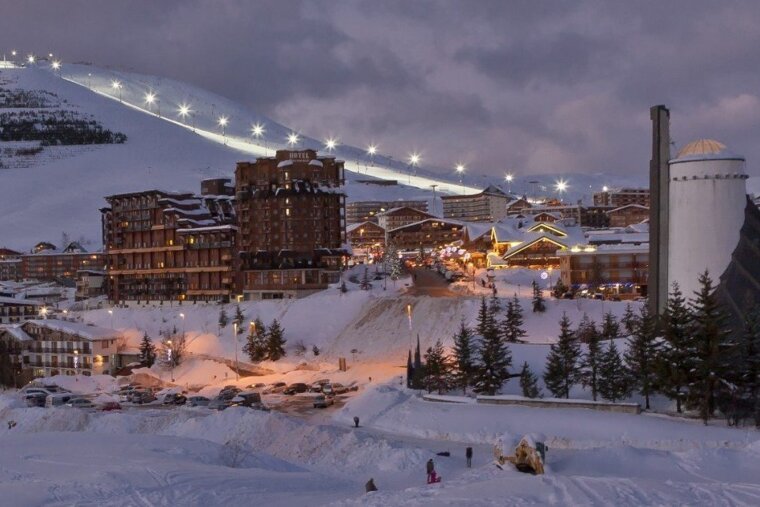 Make the most of the pistes

Top Tip: The easiest way to make the most of your lift pass is to set yourself the goal of experiencing the whole area. The Alpe d'Huez ski area has:

Get up early and avoid rush hour
To make the most of your lift pass, catch the first and last lifts every day for six days in a row and ski it all. Then start on the off-piste. This way, you'll be maximising your piste-to-buck ratio.

More realistically, take your time, enjoy it, and like us, take a long leisurely lunch after three pistes.

Avoid faffing around in lift queues
The lift-barriers check hands-free passes on the LEFT SIDE, remember to:

There are often single person lift queues to fill spaces on the chairlifts, don't neglect to use these and make some new friends on the way up.

And in all seriousness, take-off rucksacks and hold them in front of you. The straps can get caught on the lifts if they're still on your back, or you can be pushed to the front of the seat with the extra depth, and this is dangerous.

Fun zones
There is so much to do in the resort's fun zones. You'll find kiddy snow parks like Marcel's Farm and Roger's Slope, and for the older ones there's the sledge on rails - France's first sledging experience whilst wearing a virtual reality mask. The six-day plus pass includes discounts on tickets for the sledge on rails, which kids will definitely enjoy.

Ski in the dark after everyone else has gone home
Your ski pass enables a discount on skiing the Sarenne by night, organised by the lift-company, with limited numbers. Or can get a cheaper rate to access night skiing every Thursday on the floodlit Signal piste.

Ski in other resorts too
Personally, we're not convinced about this one during a week-long stay. But if the above is not enough for you, on a six to 15-day pass you'll get two days in Les Deux Alpes and one day in Serre Chevalier, Puy Saint Vincent, Montgenevre and in the Italian region of the Milky Way. It also gives you 25% discount on a pass to the off-piste powder playground that is La Grave. Alternatively, if you plan to spend one day skiing in La Grave, the six-day Alpe d’Huez / La Grave pass gives you five days in Alpe d’Huez and one in La Grave. A word of warning though, La Grave is extreme off-piste skiing - it's no fun for families or the faint-hearted. 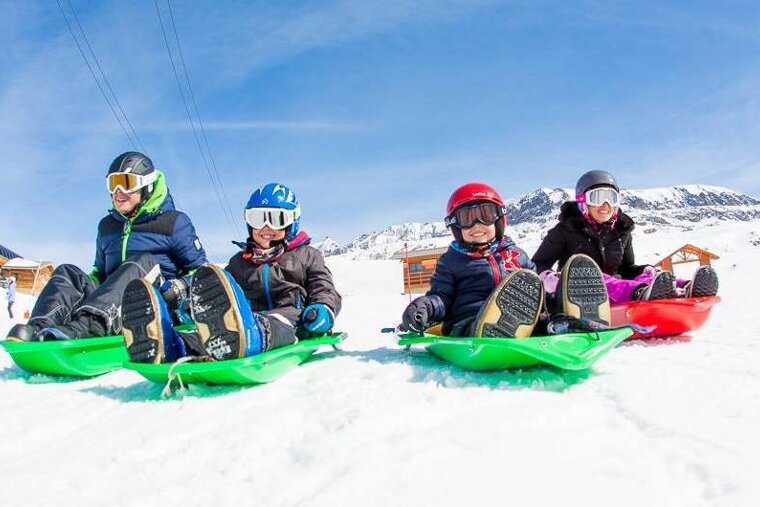 Get the Leisure Plus option

If you're not already exhausted by the prospect of all that skiing, also opt for the Leisure Plus pass, that comes with your ski pass. For an additional fee you will have access to the resort's outdoor swimming pool, indoor swimming pool, outdoor ice rink and sports centre where you can play mini golf, table tennis and use the gym.

These are great options for a day off the skiing, in the event of poor weather or a great way to spend a few hours after the slopes close.

Families, at the very least, may finally have a shot at exhausting the kids with this option!

Top Tip: This one's for the boys. Remember to pack your speedos as surf style / baggy swimming shorts are still not allowed in the majority of French swimming pools. 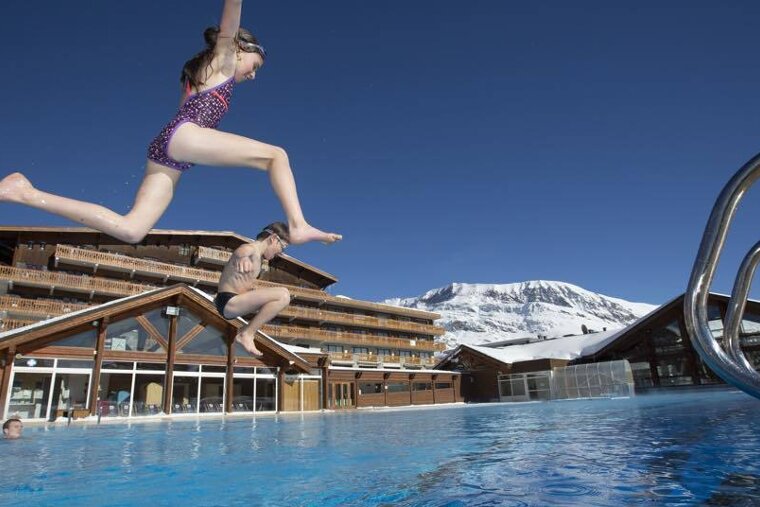 All of these tips will help you get the most out of your ski pass. Now, all you need to do is get out here and see for yourself why Alpe d’Huez regularly wins European best ski resort awards. Read our resort guide for all you need to know, and we look forward to seeing you on the slopes.